■Quake-hit area rises up to continue activities of “Wind” 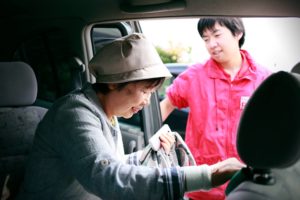 The Great East Japan Earthquake hit northeastern Japan in 2011.
In Ishinomaki district of Miyagi Prefecture, approximately 60 thousand cars were destroyed, submerged under water or washed away by the flood.
Amid all this crisis, there is one incorporated nonprofit organization that has continued to provide transportation support to this district from the immediate aftermath of the earthquake. It is a NPO called “Transportation Support Services Rera.” “Rera” means “wind” in Ainu, and this organization was formed in April 2011, with its central members being Hokkaido organizations that originally provided aid for the disabled.

After a year had passed from the earthquake and support activities from Hokkaido ended; the local residents of Ishinomaki district who experienced the earthquake themselves, became the central members to carry on this organization, and their activities still continue to today.

“I want to do what I can to help”, “I want to give back what people have done for me.”
Each of their members with their own thoughts at heart, continue to actively make a difference while cooperating with volunteers from other prefectures.

The organization’s motto is “Support the transportation lifeline of afflicted areas.” They primarily provide aid for the elderly or the disabled, to enable them to go shopping or to the hospital. Service users can reserve a transportation service by phone, and they only have to pay a small fee to cover the actual cost of gas required to take them to their destination.

Help is available to get into the vehicle for those that have injured their legs and cannot get in the car using steps, or those in wheelchairs.

Inside the car where many people share a ride, conversations in the local dialect abound joyfully. On the ride, people can pour out their true feelings or worries that they usually can only keep buried in their hearts, and share it among each other. One user even says, “I am very thankful to be given a ride, but I am also equally delighted for being able to take part in the conversations in the car.” 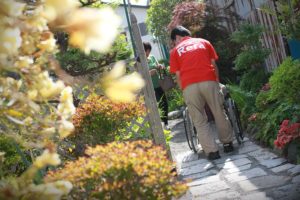 When they spot a service user who may be acting differently from usual, Rera may discuss it with public welfare organizations, and cooperate with other local support groups to additionally take on the role of looking out for the elderly and the disabled through their services.

There is one elderly woman, who has been living alone since her husband passed away. As she cannot drive, if this transportation service was not available, she would have difficulty visiting hospitals. If she was to use a taxi, it would cost her several thousand yen for just one round trip to the hospital. This transportation service which is available for only 100 yen per one-way trip within 2km, is a big support to her life and her limited pension money.

As of today, the service has provided transportation to over 120 thousand people, with its total travel distance equaling to 28 rounds around the globe. This service is now a vital necessity for this district.

■Reality that became apparent after 7 years 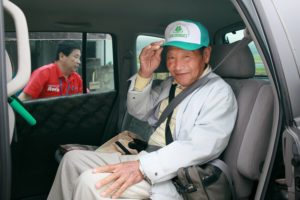 Ms.Murashima, a member of this transportation service, says that she faced an unexpected problem while continuing this activity. Initially, she had thought that this service will end when substantial recovery was made after the earthquake. However, the elderly people were moved from their makeshift housing that they had lived in for 5 to 6 years, to restoration housing that was decided by lot, and consequently everybody was separated. This caused the loss of the “bonds” that they had shared looking after each other.

This situation was much more serious than people imagined. It had a true potential to lead to illness, cause progression of dementia, or solitary death. With various reconstruction activities after the earthquake, the city itself became cleaner. However, this only covered its outer visible appearance, and the transportation service revealed a community that had become disconnected. Many people such as those who were suffering from illnesses or disabilities, and the elderly who lived alone, who experienced various “hard to live” situations, had lost their “bonds” and sometimes found themselves to be in worse conditions than right after the earthquake.

In an attempt to improve this situation, Rera is currently not only providing transportation support, but also organizing shopping service with helpers or original events like social outings and such, to take on the role of creating new communities.

■Wish to have the “voices” of the actual residents heard

On the other hand, service users have raised concerns over “how long this transportation service will be available for.” They are afraid that the funding needed to continue this activity will not last.

Half of the organization’s funds are from donations given by citizens, while the rest are subsidies provided by Miyagi prefecture and other private organizations. However, as these subsidies are only available for a short period of time, the concern over how to continue this activity remains a serious issue.

“We want people to know the actual situation. I feel that if people visited us here, they would be moved to want to do something with us, to make a change. I think that would be the beginning of many kinds of relationships. I hope that we can get the message across, that this is not just a problem concerning Ishinomaki,” says Ms.Murashima.

Protect transportation lifelines, and maintain the well-being of the community. How should this activity be continued to do so? Support for this cause is especially necessary, right now.

■An estimate of the funds necessary to continue this activity 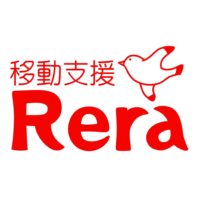 For a society in which everyone can live without giving up on their necessary o...
About Transportation Support Services Rera